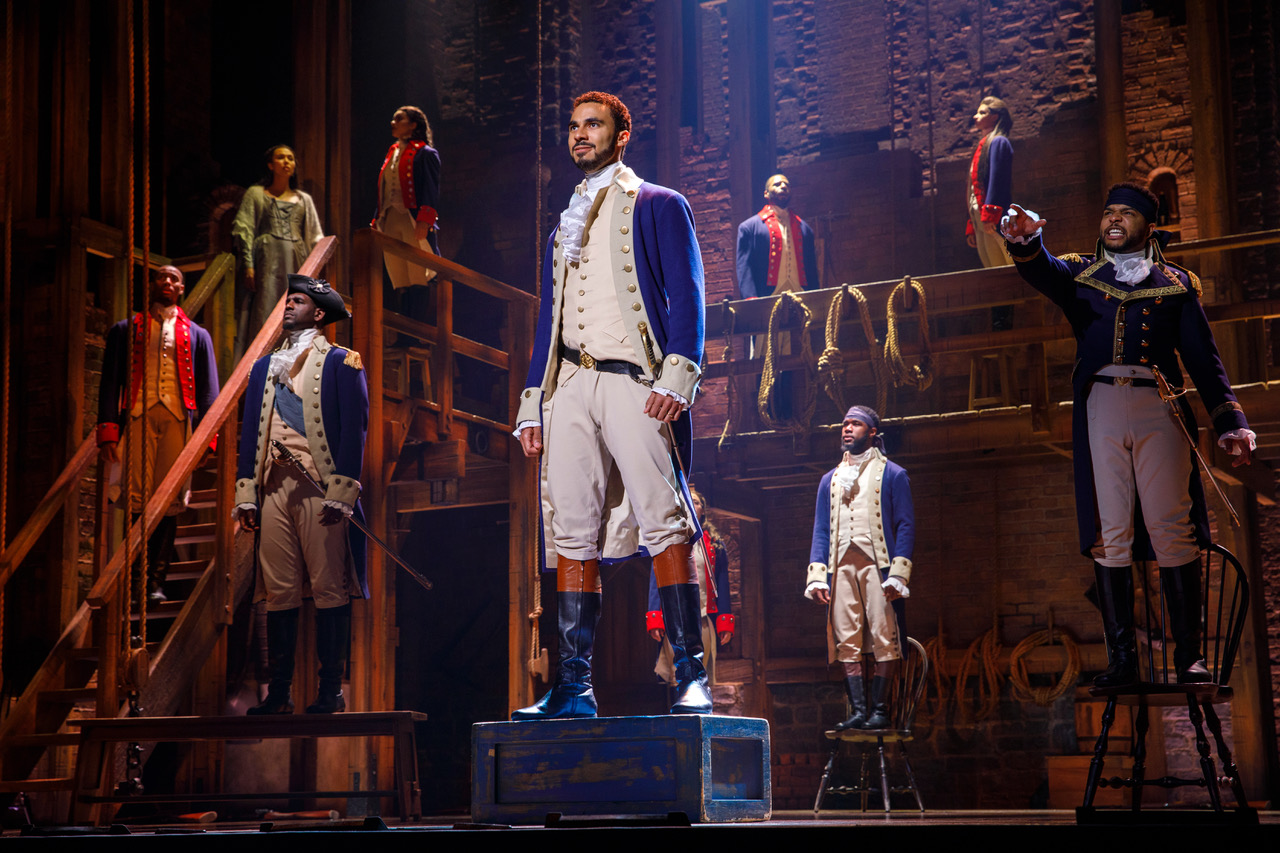 It’s a history lesson like no other, visually stunning and a creative tour-de-force – the long awaited Hamilton has come to town. Does it live up to the hype that surrounds this storied production? Why yes, yes it does.

Anyone who hasn’t heard about Hamilton has been living in some sort of musical vacuum. The show has amassed eleven Tony Awards, a Grammy Award for Best Musical Theater Album, and the 2016 Pulitzer Prize for Drama. It has been playing to sold-out audiences on Broadway since it opened three years ago.

The musical chronicles the life of Alexander Hamilton, one of the founding fathers of the United States and the first Secretary of the Treasury, with such creativity that before you realize it, you’ve learned a bit of history as you experience an amazing production.

Hamilton isn’t your typical musical and that’s thanks to the genius of Lin Manuel-Miranda, who wrote the music and lyrics after reading the Ron Chernow book. Musically, the show incorporates everything from rap to traditional Broadway fare. In addition, it features actors in non-traditional roles, reflecting a broader slice of society and making it more relevant to the masses. What Miranda has accomplished with this musical is simply groundbreaking. 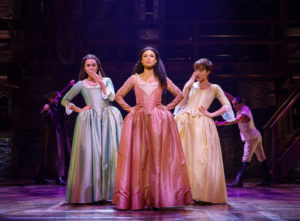 The show circles the stage like a painting in motion with each movement serving as a brushstroke, adding layers of texture to the visual beauty of the musical. Everything in the show is perfectly synced at all times. Members of the ensemble are most always on stage occupying space or moving about, but never detracting from specific moments thanks to a monochromatic look and costumes. When scenes warrant it, cast members become even more animated, donning colorful costumes to support the action on stage. 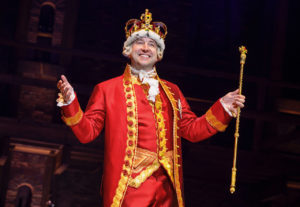 There are moments of quiet beauty that move in slow motion and there are moments that dynamically race across the stage. Subtle and beautiful, the lighting effects in the show are as critical to each scene as the action. They can also make a point as seen in the second act of the show when Hamilton drops a book from the rafters to the floor and yells out an expletive with a burst of light.

The actors on stage are, as you would expect, immensely talented. By the end of the show, you feel as though you know the characters intimately. Wednesday night’s performance was filled with memorable moments that are too numerous to list in this review. Standouts include Josh Tower as Aaron Burr, Peter Matthew Smith as King George (the comic relief in the show), Zoe Jensen as Eliza Hamilton, Edred Utomi as Alexander Hamilton, and Bryson Bruce as Marquis de Lafayette and Thomas Jefferson. Bruce was especially fun in his unconventional portrayal of Jefferson.

When it comes to musical numbers, each person will have their own favorite but pay close attention to my favs – You’ll Be Back and The Room Where It Happens.

I’ve often wondered what makes people fall in love with this show and now I think I might know. While the actors are phenomenal, it’s the spirit that Lin-Manuel Miranda brings to the show that gives it its soul. Watching it gives you a deep appreciation for the creative mind and what it can accomplish. It opens the door to boundless opportunities and helps you see that everyone, no matter what culture or ethnicity, is connected as a human being. The beauty of the show touches your heart in a way that really can’t be described.

The show runs through December 8 at Altria Theater.

Go here to find out how to purchase $10 lottery tickets to Hamilton.

Go here to read about Founding Frenemies: Alexander Hamilton and the Virginians, an historical exhibit at Virginia Museum of History and Culture.