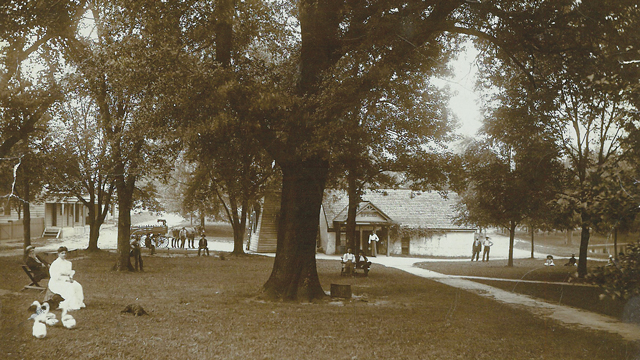 Richmond used to be a city absolutely full of springs. There were springs on Capitol Square, springs at Chimborazo, Forest Hill, and Byrd Parks.

In 1872, a man named W.G. Taylor bought a 40-acre Southside estate named Fonticello. Like a lot of land in the area, this estate had many natural springs, one of which was so large that it formed a natural lake. At this time, a mineral water health craze was sweeping the country. Taylor had the idea to bottle and sell the spring water at Fonticello, which ran at 20,000 gallons a day. He started the Fonticello Lithia Springs Company and opened a shop on Main Street in downtown Richmond. 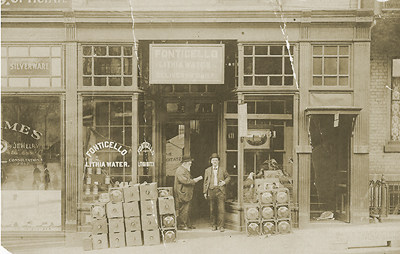 This water was advertised as treatment for a number of ailments, from kidney stones to typhoid. Though Taylor sold his water all over the world, he allowed free public access to the spring and lake on his property in Richmond. Around 1915, the property was subdivided and sold as lots, although the 11-acre section with the largest spring remained undeveloped as a park for the residents of the subdivision.

Around the same time, that area was annexed to Richmond and a city councilman named CArter Jones started a campaign to use the plot of land as a city park. That happened in 1924, and the park was named after the councilman. Carter Jones Park is still there, along Bainbridge Avenue, and the spring is still visible within a fountain, although it no longer forms a lake. It was also the scene of the tragic shooting of Markiya Dickson a year ago.